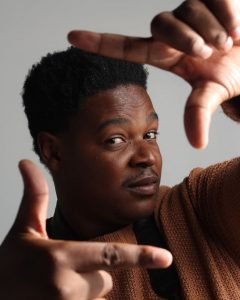 I love horror movies, I like making them, I like watching them and I just thought I’d write an article talking about why I think South Africa needs more horror movies.

They’re an opportunity to build a franchise

And what’s great about creating horror movies you can have a franchise if you get a great following and you can be able to monetize more if it’s a franchise more than it’s just a one time movie. Another cool thing about horror movies is that they’re e relatively cheaper than making other franchises because you first of all to make a horror movie feature film you don’t need A-list stars , you don’t need superstars you can make a complete horror movie with young new actors. So that kind of helps with your budget. You can throw all that money for the budget into the production and the production design.

They can tackle relevant issues

Horror movies can always tackle relevant topics so you can make a horror movies about racism as you’ve seen and like Get Out ,Politics, mental health,friendships, guilt ,drinking and driving,ghosts ,urban myths,Online dating, online identities theft and holiday traveling gone bad, so there’s so many ideas for horror movies .

And just because it’s easy to come up with idea it doesn’t mean it will be easy to make horror movie, obviously there’s a lot of craft that goes into making a horror movie which puts a lot of pressure on that Director and the editor to build maintain and sustain suspense through out the whole movie and the producers and the writers would need to come up with something fresh and something that people haven’t seen before.

Horror movies have a pre-existing fan base and not just local but also international fans and they are really passionate about horror movies.

You don’t have to use big expensive Hollywood Cameras

Another great thing about making horror movies is that you can make them in an unconventional way. For instance there was a Hollywood horror film that was shot on Sony A7SII camera which is a small DSLR camera ,and it’s small and it’s not like the big cameras that are super pricey like Arri Alexa and Red Cameras.So they are many hacks for making horror movies down to saving budget and being able to make more than just one movie, You can even use a camera like that Ursa mini Pro which shoots Pro Res HQ and Prores 444 which is a high bit rate codec or full in 6k Black Magic Raw codec, this camera is way cheaper the bigger and more expensive alternatives, it really brings the words more bang for your buck to life

There is another horror film called 8 which is short here in SA, There are so many films like this all over the world . You use a cheaper camera but you can’t compromise on the lenses. The horror film that was shown on the A7Sii was shot with Hawk V‑lite Vintage Lenses, this gave the film image a premium quality look and it made the film really look good. So there are hacks in terms of trying to make a good movie and cutting costs.

They can take place in one location

Another great thing about horror movies is that you can make a horror movie set in one location and just the whole movies happens in one place whether its weekend or a few days or a week or a month,having one location means less moving around and more time for production.

This is the first of many articles to come my name is Lungile Mayindi, I run a South African Horror Movie Production Company and agency. If you like this blog please drop a comment below, I would love to heart from you