This film was created for the 48 Hour Film Project in Johannesburg, 2017.

This project gives a team 48 hours to write, shoot, edit, and complete post on a short film no longer than 7 minutes. All locations used needed to have signed permission to be in the film. Each team in the festival drew randomly from a hat the genre that the film would be created under. For our film we selected Scifi.

Other criteria that was placed on the teams in the Johannesburg was that a character needed to be called Doctor Mac Leel and that person needed to be an Doctor, the prop we had to use was a glass of milk, and the line, “Any suggestions” this’ must be used by a character. This is what we came up with in 48 hours. Enjoy.

In a world where every man,woman and child is born marked with an exodus.An exodus is the predetermined date of a person’s death, no one escape their exodus… no one. When a young woman with 5 hours to live disobeys her doctors” orders and misses her exodus a,government agents hunt her down relentlessly. 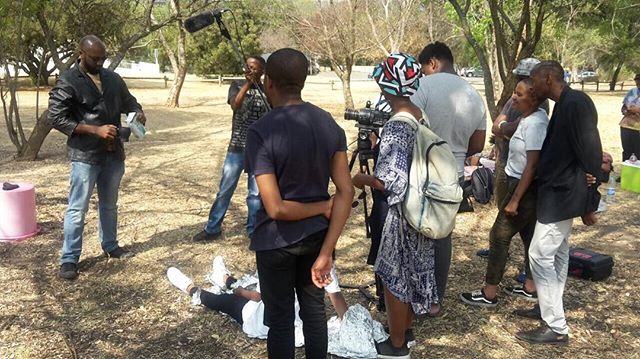